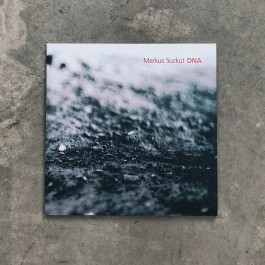 In the last few years German producer Markus Suckut has built quite a following, thanks to his distinctive, raw and reduced modern techno sound. After several singles on the label, Markus now announces his debut full length, DNA, on Figure. Rather prolific with his output of 12inches and remixes, Suckuts previous releases on Figure stood out, with tracks like Hunt on Figure SPC M really developing his command of intensely focused and powerful kick drums. A true follower and advocate of the more refined side of club techno, he has recently set up his own SCKT label, and travels more and more as a DJ.

DNA now goes even further in making a statement on his sound. Theres something of the classic German minimal techno lifeblood flowing through this album, and over 11 tracks (8 on the the double vinyl release) we are guided through very precise, tense and effective exercises in basement techno minimalism. From the moody synths of Path, a fitting intro to the album, we are then dropped head-first into Dissociation where only a handful of elements resting on a weighty kick drum build a certain sci-fi tension. This tension is maintained over the course of the whole album. Heading into more trippy zones, Dust and the acidic jack of Rigid both demonstrate Suckuts skills at telling a story with a very strict economy of elements. As paranoid tension establishes itself as a major theme further still, Shatter unfolds in a dreamy, if not rather apocalyptic dub track of the highest order. Doomed presents a brief respite from the tunneling bass frequencies, as serene synths float across a smokey backdrop, but then its back to business as Stranger takes us deeper into the fog with its tripping beauty.